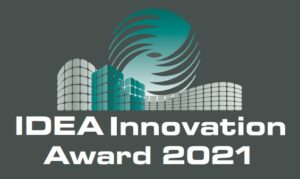 “Our sensors detected 14 steam trap failures in real time, and had that detection occurred during UVA’s annual audit, based on the steam cost, the steam system pressure, and the steam trap orifice size, we can estimate a potential steam energy loss would have been of 19,923 MMBTUs with an energy cost of $126,013,” says Rafael Reyes, Director of Product Marketing at Everactive. “UVA was able to repair all 14 failed traps shortly after they were identified, resulting in a reduction of steam energy loss of 18,103 MMBTUs, a reduction of 953 tons of CO2 (equivalent to 107,186 gallons of gasoline consumed), and a reduction of $114,547 in energy cost.”

Reyes who also spoke at the IDEA 2021 conference adds, ”Combined, UVA saw a 90% reduction in steam energy loss, CO2 emissions and energy cost.” He stresses the importance of more industry-wide adoption of this technology because “this is a critical innovation for the industrial sector as the failure rate of steam traps in a large steam distribution system typically ranges from 5 to 25% depending on the level the traps are monitored and maintained.”

Since the deployment of Everactive’s STM sensors, UVA has reduced its operating cost by $28,147/year resulting in a return of investment (ROI) of 29%.   monitoring technology beyond steam distribution and into terminal equipment as well as expanding into vibration monitoring with its Machine Health Monitor (MHM) solution.